What does Alhamdulillah actually mean? 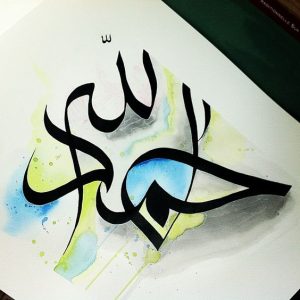 The opening words of the Qur’an – Alhamdulillah – means perfect, most beautiful praise and thanks is only for Allah. We say ‘alhamdulillah’ out of love, honor, with humility, complete submission and sincere gratitude to Allah azza wa jal.

Whereas hamd means praise, the ‘al’ in al-hamd makes the praise definite and implies exclusivity. Al-hamd means all types of praise and every manner of thanks at all times is due to Allah ‘azza wa jall. Abu Ja`far bin Jarir said: The meaning of alhamdulillah is: all thanks are due purely to Allah, alone, not any of the objects that are being worshipped instead of Him, nor any of His creation. [Tafseer ibn Katheer]

Whosoever praises anything anywhere in the world is ultimately praising Allah because that praiseworthy quality relies wholly on Allah(SWT), regardless if it is genius intellect, immense physical ability or an outstanding feature.

Some of the scholars said that shukr is more encompassing than hamd because praise is expressed by the tongue whereas thanks can be expressed by the tongue, heart and limbs. Thanks with the tongue is done by praising the Bestower of Blessings. Thanks by the limbs is done by acting in obedience to Him and abandoning actions of disobedience. Thanks in the heart is done by recognising the magnitude of the blessing and knowing that it has been given by the grace of Allah and not by the servants own merit.

When you finish your prayers and are reading your adhkaar repeating alhamdulillah 33 times, try to think of something different which you can be grateful for right now e.g. your family, health, wealth, opportunity, limbs, safety etc.

Linguistically, the word Alhamduillah is an Ism and therefore does not require a time or doer. Its not an imperative command (Amr e.g. ihmadullah) as it does not require anyone and praise of Him happens with you in without you.

In the Qur’an we learn that ‘alhamdulillah’ will be the last call of the believers, thanking Allah(SWT) for guiding them to Jannah,

The Prophet salallahu ‘alayhi wa sallam said: When He breathed into Adam and the soul reached his head, he sneezed and said: ‘Alhamdu lillahi Rabbil-‘Alamin.’ Allah answered him by saying: ‘Yarhamuk-Allah (Allah bestows His mercy upon you).’ [Saheeh Muslim]