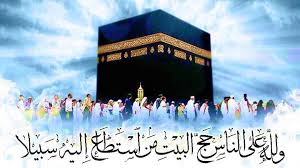 Dhul Hij’jah- The Month of Hajj

Dhul Hij’jah is one of the sacred months since ancient times. Allah made it sacred the day He created the universe and even the pre-Islamic Arabs sanctified it. The first 10 days are so virtuous that many Islamic scholars of the past and present hold them to be more virtues than any other time of the year including the last 10 days of Ramadhan with the exception of Laylatul Qadr.
What could be the reason for its greatness?
Allah takes oath with the first 10 nights of this month. Allah only takes oath with His precious creation.

Well, only Allah knows best but we can clearly see why. It is where Hajj takes place and no other time of the year Hajj can be performed unlike other worship. Fasting, Salah and charity etc. can be performed throughout the year but not Hajj.

1. Good deeds performed in the first 10 days are more beloved to Allah to any other time of the year.

عَنِ ابْنِ عَبَّاسٍ، قَالَ قَالَ رَسُولُ اللَّهِ صلى الله عليه وسلم ‏”‏ مَا مِنْ أَيَّامٍ الْعَمَلُ الصَّالِحُ فِيهِنَّ أَحَبُّ إِلَى اللَّهِ مِنْ هَذِهِ الأَيَّامِ الْعَشْرِ ‏”‏ ‏.‏ فَقَالُوا يَا رَسُولَ اللَّهِ وَلاَ الْجِهَادُ فِي سَبِيلِ اللَّهِ فَقَالَ رَسُولُ اللَّهِ صلى الله عليه وسلم ‏”‏ وَلاَ الْجِهَادُ فِي سَبِيلِ اللَّهِ إِلاَّ رَجُلٌ خَرَجَ بِنَفْسِهِ وَمَالِهِ فَلَمْ يَرْجِعْ مِنْ ذَلِكَ بِشَيْءٍ ‏”
Ibn Abbas narrated that:
the Messenger of Allah (May Allah’s peace and blessings be upon him) said: “There are no days in which righteous deeds are more beloved to Allah than those ten days.” They said: “O Messenger of Allah! Not even Jihad in Allah Cause?” The Messenger of Allah said: “Not even Jihad in Allah’s Cause, unless a man were to go out with his self and his wealth and not return from that with anything.” (Jami` at-Tirmidhi-The Book of Fasting)

This hadeeth includes any good deeds without any specification. This means performing Salah in these 10 days is better than the salahs outside these 10 days in reward. The exception to this is Laylatul qadr in Ramadhan and a person who leaves home and becomes a martyr in the path of Allah.
Allah is encouraging the believers to increase their good deeds by laying out such rewards and offers.

عَنْ أَبِي قَتَادَةَ، أَنَّ النَّبِيَّ صلى الله عليه وسلم قَالَ ‏ “‏ صِيَامُ يَوْمِ عَرَفَةَ إِنِّي أَحْتَسِبُ عَلَى اللَّهِ أَنْ يُكَفِّرَ السَّنَةَ الَّتِي قَبْلَهُ وَالسَّنَةَ الَّتِي بَعْدَهُ ‏”‏
The Prophet (May Allah’s peace and blessings be upon him) said: “Fast the Day of Arafah, for indeed I anticipate that Allah will forgive (the sins) of the year after it, and the year before it.”
(Jami` at-Tirmidhi- The book of fasting)

It was the sunnah of the Prophet to fast the first nine days of this month. The day of Arafah is a day of asking Allah for forgiveness and what could be a better state than fasting for the sake of Allah and asking Him for forgiveness.
Fasting removes all the minor sins of the past and following year. One must repent to Allah to gain forgiveness from major sins.

Abdullah Ibn Umar reported that the Messenger of Allah (May Allah’s peace and blessings be upon him) said:
“There are no days in which righteous deeds are more beloved to Allah than these ten days. So engage in abundant tahleel (Saying – Laa Ilaaha Il-lal-lah), takbeer (saying – Allahu Akbar) and tahmeed (saying – Al-Hamdulillah)
Some male companions would do dhikr of Allah loudly on the streets.”

The Messenger of Allah (May Allah’s peace and blessings be upon him) said, “There is nothing dearer to Allah during the days of Qurbãni than the sacrificing of animals. The sacrificed animal shall come on the Day of Judgement with its horns, hair, and hooves (to be weighed and converted to rewards). The sacrifice is accepted by Allah before the blood reaches the ground. Therefore sacrifice with an open and happy heart.”
(Jami Tirmidhi)

5. Sunnah to Avoid clipping nails and cutting hair—for those who are doing Qurbani

It is sunnah for those who are sacrificing an animal to avoid cutting their hair and nails for the first 10 days. However, those who did not cut it for a while should cut it.

عَنْ أُمِّ سَلَمَةَ، عَنِ النَّبِيِّ صلى الله عليه وسلم قَالَ ‏ “‏ مَنْ رَأَى هِلاَلَ ذِي الْحِجَّةِ وَأَرَادَ أَنْ يُضَحِّيَ فَلاَ
يَأْخُذَنَّ مِنْ شَعْرِهِ وَلاَ مِنْ أَظْفَارِهِ ‏”‏ ‏.‏
Narrated Umm Salamah:
That the Prophet ((May Allah’s peace and blessings be upon him)) said: “Whoever sees the crescent of Dhul-Hijjah, and wants to slaughter a sacrifice he should not take from his hair nor from his nails.”
(Jami Tirmidhi -The Book on Sacrifices )

(By Mawlana Muhammad Rayhan)Shaykh Amin-Uddin was one of the leading Islamic scholars and preachers of Bangladesh, particularly in the Sylhet province.He had founded over...
Read more
Family

The biggest gift the ummah received after Imaan was Salah, this is why Allah (swt) invited the Prophet (May Allah bless him) to...
Read more
History

The Gambian Scholar who passed away in Sajdah

This has been my third trip to The Gambia on behalf of Ummah Welfare Trust. A small West African country once colonised by the...
Read more

Be mindful of Allah and Allah will protect you

The grain of character – grit ( istiqaama )