The 7 Habits Of Happy Kids

At first, I didn’t want to read this book, but when my father started to read the book to me and my brother and sisters, I started to like the book more and more. It’s such an amazing book!

‘The 7 Habits Of Happy Kids’ teaches people about responsibility, goal setting, respect, teamwork and balance. The Author, Sean Covey, shares morals and sometimes short stories after each one of the 7 stories. He also puts 5 questions and 4 baby steps to do and carry on doing throughout your life.

My favourite story in the book is ‘Goob and the Bug- Collecting Kit’. It’s basically about a boy named Goob who’s walking down a street and sees something in a shop called Tootle’s toy store. He looks through the window and sees a bug collecting kit. He says to himself that he wants it, but doesn’t have the $4 to buy it. So Goob makes a plan. He writes down everything he wants to buy on a list. Goob goes home and makes a list of all that he wants to do with the money. His friend Jumper stops by and Goob shows him his list. Jumper asks if he can be part of Goob’s game plan. Together they decide to sell lemonade and earn some money. That afternoon they set up a lemonade stand at Uncle Bud’s park. He says that folks would be hot because it is very sunny. So they make a lemonade stand from cardboard boxes. They sell the lemonade and split the earnings in half; $10 for Jumper and $10 for himself.

Jumper spends his money on candies, bubble gum, popcorn and a few toys. Meanwhile, Goob checks his list and puts a dollar in the jar as a saving and purchases a bug-collecting kit, a present for a friend, a honey pizza, and still has $2 left. Just as Goob is about to go for a movie, he sees Jumper. Jumper says he wished he could go, but he had spent all of his money. Goob asks him what he spent his money on and Jumper says on lots of stuff. He said his money had just disappeared. Goob advises Jumper that he should have planned ahead and that he had got everything on his list. Jumper’s ears and whiskers drooped, and he said that he guessed he’d dropped the ball. Goob told him not to be sad and that now he knew what to do next time. Jumper said that Goob was smart with his money. Goob said that Jumper could have fun as well because he has an extra one dollar so he takes Jumper along for the movie too. 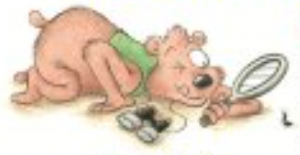 My favourite character is Goob bear. I like Goob bear because even though he’s the biggest kid at 7 oaks, he’s amiable and kind. When I first saw a picture of him, I thought he was a very intimidating figure because of how big and strong he looked. But when I read his description, he was actually very nice. He likes the outdoors like me, and he loves all kinds of insects.

My favourite lesson is the one where it says ‘Begin with the end in mind.’ I like this lesson because most of the time I don’t really think about how my day is going to end or how a particular thing is going to end, I just go straight into it. So I think with me adding this principle into my life, (as well as the other habits from the book) my day will be better. If my day is better and I make it a habit, then my week will be better, if my weeks are better, then my months will be better and if my months are better, then my years will be good too. Only if I plan everything with the end in mind.

I think this book is a very inspirational and a good book for both adults and children because it has habits that if you put them in your life, your day will go very smoothly and nicely. I hope when people read this book they will be motivated to write a review, just like it has motivated me.