Bored of being bored? Signs you are wasting your most valuable asset 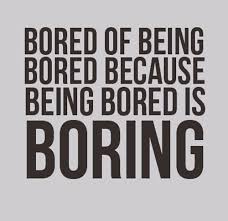 As we enter our third period of lockdown, it’s inevitable boredom will set in for many of us. Research shows boredom can actually reduce your life expectancy. A study in the 1980s of civil servants aged 35 to 55 showed those most prone to it were 30 per cent more likely to die within three years – in particular from a cardiovascular disease.

We know that when people are bored they look for ways to ‘unbore’ themselves and a lot of the things they do to alleviate it are unhealthy such as alcohol, drugs, over-eating and doom-scrolling – the tendency to surf or scroll through bad news, even though that news is saddening, disheartening, or depressing.

The other harmful effects of boredom are:

The competition for our attention is fierce! And our self-indulgence pushes us to respond positively to these calls to attention. We have become over-stimulated as our senses get bombarded with attractive sights, sounds, tastes, scents, feels and sensations from all directions, both from the Haram and the Halal quarters.

Imam Ibn ul Qayyim(rh) would say “there is nothing as harmful to the servant as his becoming bored with the blessings that God has bestowed over him, so that he no longer sees them as blessings, and he does not thank Him for them and is not pleased by them, but rather, he curses them and complains about them and considers them burdens and misfortunes.”

The Prophet(SAW) loved to seclude himself reflecting and worshipping, prior to Prophethood in the remoteness of Al Hira, and after it in the depths of the night and the itikaaf seclusion in Ramadhan. The Prophet(SAW) reminded us that “There are two blessings of which many people have an unfair share: good health and spare time.” (Reported by al-Bukhaari, 5933).

Imam Ibn Hajar states in his Fath al-Baari that al-Teebi said: The Prophet (peace and blessings of Allaah be upon him) likened the Muslim (who is accountable for his deeds) to a merchant who has some wealth and seeks to make a profit whilst also preserving his wealth. The way to do that is to look for the right people to deal with and he himself will be honest and will try to be smart lest he be cheated. Good health and free time are our capital, and we should deal with Allah with faith, striving against the evil inclinations of our nafs and the enemy of religion i.e., the Shaytaan, so that we may attain the best in this world and in the Hereafter. We should avoid following the dictates of the nafs and keep away from the Shaytaan lest we lose both our capital and our profit.

For many of us, we prefer to hide ourselves because we’re afraid that the truth of who we are will not be acceptable. Scared that if others, even those who we trust, were to see who we really are, they would turn from us.

Perhaps you think this isn’t true, so here’s a few telltale signs of boredom pushing you to fill in in the gap, doing something wasteful with this gift of free time, rather than spend some time with yourself thinking:

Spending too much time doing things you shouldn’t be doing

Games console. Netflix/Movie bingeing. Surfing the ‘net. Stuffing your face with too much food. Jumping from Snapchat to Instagram to Twitter. And the list goes on. Take a serious look at your life. Where are you spending the majority of your time? And does it serve you well? Is it leading to a better life? Is it laying the foundation for a meaningful future? If not, then you need to re-evaluate your routine activities and make changes.

The famous tabi’i Hasan al-Basri(rh) would say: “O son of Adam, indeed you are only but a number of days. Whenever a day passes, a part of you leaves with it”

I know people who are constantly overwhelmed with life, always complaining about work, the boss, the salary, leaders, Imams, their neighbours, or family members? Sadly, negativity doesn’t change things, rather it keeps you stuck. So change your thoughts and talk about what you appreciate about your life, not what you don’t like.

Positive thinking is not about expecting the best to happen, rather it’s about accepting that whatever happens, happens for the best.

3. Not feeding your mind

If you’re not continually growing and learning as a person, then you will stagnate – just like a still pond that doesn’t move and becomes a swamp or not exercising and your muscles wasting away. That’s what your mind does if you don’t keep it active and learn new things. Positive challenges in your life will expand your mind, not send it backwards.

And it doesn’t need to be that you have so many new or different experiences, rather, everything in life can teach you a lesson, you just have to be willing to learn.

A group of people went to Imam Shafi’i demanding proof for the existence of Allah (the Exalted). He considered it for a moment and then pointed to the leaf of the mulberry bush as proof. This was puzzling to all. How can this particular leaf be a proof of Allah’s existence? Imam Shafi’i replied that the taste and substance of this bush is one; however, when a silkworm eats its leaf, it comes out of the worm as silk, yet when a bee does the same, what is produced is honey. Likewise, when the deer consumes it, what is produced is musk. He continued to explain that one should ponder upon the Creator of such a phenomenon Who allows a variety of results to be derived from a single source.

Reflect on the world, your health, your interaction with your families. Ignorance and overthinking breed fear, even of ourself. Knowledge and action cure it. The more you are aware of reality and the more you are trying to do something about it, the more power you will have.

4. No plans for the future

While it’s always great to live in the “now” and “be in the moment,” sometimes you need to look ahead to see where you want to go. If you don’t have a goal or a plan, then you are like a boat that is wandering aimlessly in the ocean hoping to end up somewhere good. But you can’t do that. You have to make a step-by-step guide to get where you want to go. Just like a GPS gets you to a destination, you need your own inner GPS to guide you.

Don’t spend today worrying why yesterday was bad. Spend it planning on how to make tomorrow better. You have been giving the title of a Khalifa (custodian) for the world. The world is awaiting your contribution and stewardship.

You have all got a unique skill which Allah(SWT) has blessed you with – find it, refine it and use it to serve and guide humanity. And it doesn’t have to be massive. Muslim related from Abu Hurairah (RA) that Allah’s Messenger said: ” A man passed by a branch of a tree in the middle of a road and he removed it so it would not hurt or harm Muslims. Allah so loved the act that he was made to enter Paradise”.

5. Too much time with people who don’t contribute to your growth

It’s easy to get stuck hanging out with people who are not making you feel like a better person. But if you keep doing that, then you will stay stagnant or get pulled down with them. I like to call them “Energy Vampires.” They suck the life out of you and give you nothing positive in return. Instead, go find growth-oriented people to be around.

Hasan al-Basri(rh), once remarked; when he chanced upon a group of people who were arguing about religious matters: ‘Such are ones who’ve grown bored of worship; speaking has become easy for them, their piety has diminished, hence they talk.’[Hilyat al-Awliya (Beirut: Dar al-Fikr, 1996), 2:156-57])

6. Addiction … to your phone

Smartphones are super cool gadgets that can leave us glued when we use them – games, social media, sports, apps. While that’s fun, think about all the time you are wasting with your phone. Even worse, think about all the relationships that might be affected. Maybe you’re texting or searching the internet while you’re having dinner with your family. If you are, you’re missing out on meaningful time you can spend with your loved ones – or time you could devote to making a plan for your future.

I know many people who are sleep deprived because they cant get off their phones.

If you’re looking for something to make you happy then reflect on the words of Ibn Taymiyyah(rh) who would say, “I haven’t seen anything that nourishes the mind and soul, protects the body and guarantees happiness more than looking into the book of Allah.” A man asked one of the salaf, “How much Qur’an should we read?” He replied, “Equivalent to the amount of happiness you are looking for.”

Not just physically (which has significant benefit) but also mentally, with new challenges. Not trying new food or new things. Someone once said that the worst addiction in the world is comfort – not out of satisfaction, but out of laziness.

Life & time are the two best teachers: life teaches us to make good use of time & time teaches us the value of life.

In conclusion, the opposite of boredom is not fun. Fun itself becomes boring after a while, which is one reason kids get in such a hurry to grow up. They’re bored of fun, and want more out of life. The real opposite of boredom is meaning. Knowing your purpose will help you feel truly alive, and every one of you has been gifted with a purpose – to know Allah(SWT), to follow His guidance in caring for others, daring to be your best self and sharing from the blessings you have been given. 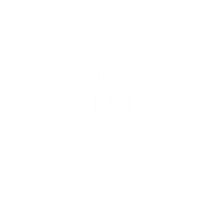