Peaceful nature of the leader and Prophet of Islam 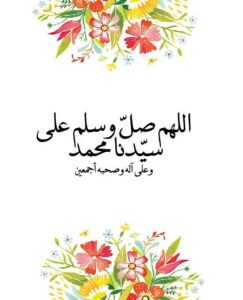 Prophet Muhammad (May Allah’s Peace be upon him) serves as an example for the entire humanity for peace and harmony. Despite being a statesman and a political leader, he didn’t only advocate peace but his entire life is an embodiment of peace. I have collected few incidents from his great life for our readers to be inspired and hopefully become active promoters of peace verbally and practically.

He campaigned to help people

When a traveller wasn’t given his right in a financial transaction he complained to some tribal leaders in Makkah. Upon hearing this news the Prophet (May Allah’s Peace be upon him) joined a group of activists to campaign for people’s rights.

He along with others joined and restored an organisation called ‘Hilf-ul-Fudul’ (Pledge of Virtues. Some of the vows they made were;

(1) To keep peace among various tribes. (2) To protect travellers from attacks on their journeys.  (3) To help the poor and needy. (4) To protect the weak from their oppressors.

When the Prophet (May Allah’s Peace be upon him) came back, terrified and overwhelmed by his first encounter and experience with Angel Jibreel, his wife supported him and consoled him by saying ‘Allah wouldn’t waste because you are a charitable person.

Example of a peace maker, arbitrator and great diplomacy

Once the Ka’bah caught fire and it was very badly damaged. The Quraish decided to rebuild it. They gathered the materials and built the ka’bah but they all disputed over who will put the black stone back in its place. Every tribe saw this to be the greatest honour hence they all came very close to a civil war over it.

However a wise old man called Abu Ummayyah bin Mugheera advised that the first person seen entering the Ka’bah should be made the arbitrator.

As Allah planned, the first person to enter the Ka’bah in the morning was the Prophet (May Allah’s Peace be upon him). The entire community was thrilled by it since everyone sees him to be the Al-Ameen (The Honest).

It was absolutely clear that the Prophet (May Allah’s Peace be upon him) was a peaceful person by nature. He was only 23 years old when this incident took place.

Both of the events took place even before he became a Prophet.

We rise by lifting others

Surah Mu’minoon: true to their trusts